What does it mean to be spiritual without following a particular faith? 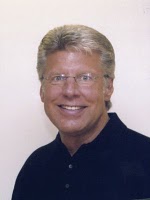 Religion came into being to establish a moral conscience amongst the people. Over the years it has served that purpose well, but along the way it made three wrong turns which alienated many people.

The first was "playing" God and pompously asserting only the "church goers" would go to heaven, and all others were doomed to eternal hell.

The second was being swept away in clouds of arrogance where the religious leaders came to believe they knew it all. Based on the knowledge of the day, they cast their doctrines and creeds in stone, many of which we now know to be gross misperceptions.

The third was alleviating the spiritual experience. People were so inundated with rules, regulations, demands and punishments that the experience of being connected to God and finding the sacred in everyday life was smothered out.

Spirituality has evolved out of religion bringing with it the ancient wisdom that can be considered absolute. It is an inner process of self discovery and direction. It restores autonomy in regards to one's relationship with God and encourages the individual to experience his/her higher power directly and freely without the confines of dogma.

"Rise up from your knees at the base of the monument and walk confidently in the way of the messenger." (anonymous)